Crave-able Mexican fare with a playful nod to southern cuisine. 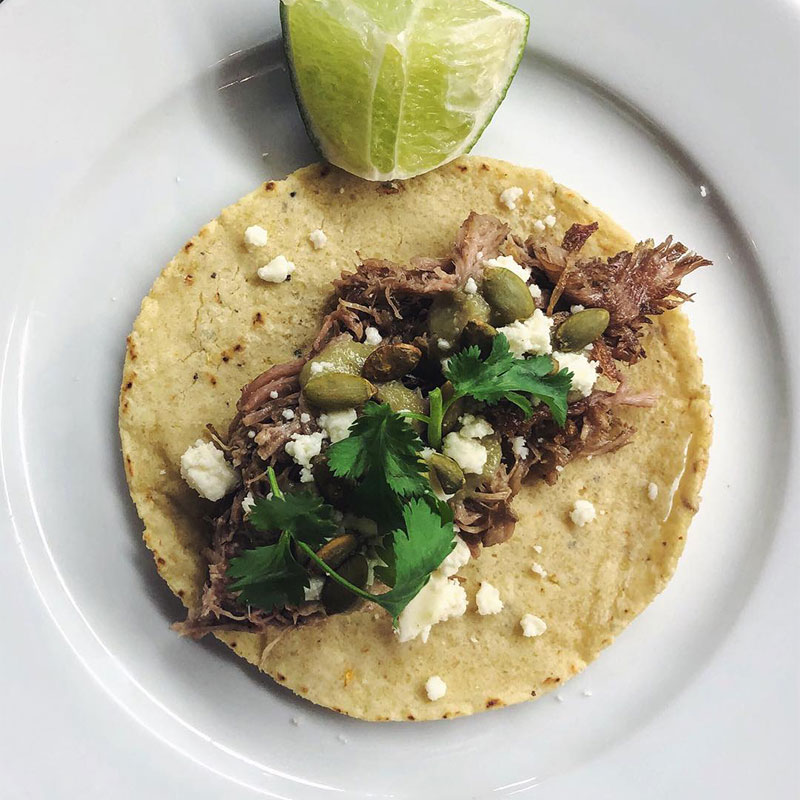 Ex-Voto makes casual Mexican fare the hard way, grinding all natural non-GMO heirloom corn on-site daily using the ancient process of nixtamalization. What/Why/Huh? Long story short, it’s the way things were done hundreds of years ago, long before foods become over-processed and less nutritious. Not to mention – it simply tastes better. We use this fresh nixtamal to create more flavorful tortillas, tacos, tamales, and just about anything corn-based while offering our guests a taste of the real Mexico.

Founders Angela Salamanca and Marshall Davis met in 2013, bonding over another ancient Mexican export, mezcal. Angela’s restaurant Centro was in its sixth year, and she was looking to develop the space above her restaurant into North Carolina’s first mezcaleria, a bar focused on the history and appreciation of Mexico’s oldest spirit. Marshall was finishing design school at NCSU and craft bartending when the unlikely pair were introduced.

With a boatload of trust and a pinch of insanity, they ventured down the difficult path of simultaneously renovating a 110 year-old historic building and importing a completely foreign spirit into a controlled liquor state. It may have taken twice as long as they’d expected, but Gallo Pelón Mezcaleria opened above Centro in downtown Raleigh on March 9th of 2015 with rave reviews.

In the years that followed, Angela and Marshall continued their exploration of flavors from the global south, both in the restaurant and across the state, but were unable to find (or create) a tortilla that rivaled those they’d enjoyed in Mexico. It turned out, the missing link was nixtamalization, a process in which you cook dried corn in an alkaline solution of calcium hydroxide, removing the exterior hull and making it possible to grind into fresh dough. It’s worth noting that there is a difference between hand-pressed tortillas made from reconstituted corn flour and those made from fresh nixtamal. Not only is the latter ten times more nutritious, but it’s also ten times more flavorful.

After confirming that fact, a new mission was birthed- to bring real tortillas into the restaurant, mezcaleria, and beyond! Easy, huh!? Well, it turned out not to be. Grinding fresh masa in-house would require a 450lb molino, one that needed to be custom-built by hand, 3,000 miles away. It was at this point that the duo decided this venture might be too big to live under the roof of 106 South Wilmington Street. Many avenues were explored, including a full-scale production site in Raleigh, but the opportunity at DFH seemed too good to pass up. It was a perfect way to introduce the brand and focus directly on nixtamal production while offering a handful of Mexican favorites in a fun, casual setting.

Ex-Voto uses Masienda to source the most flavorful, nutritious and real maize from independent farmers in Oaxaca and all across Mexico while also supporting local corn farmers here in the Carolinas. The entire menu is naturally gluten-free, using certified NC produce, meats, and seafood whenever possible. 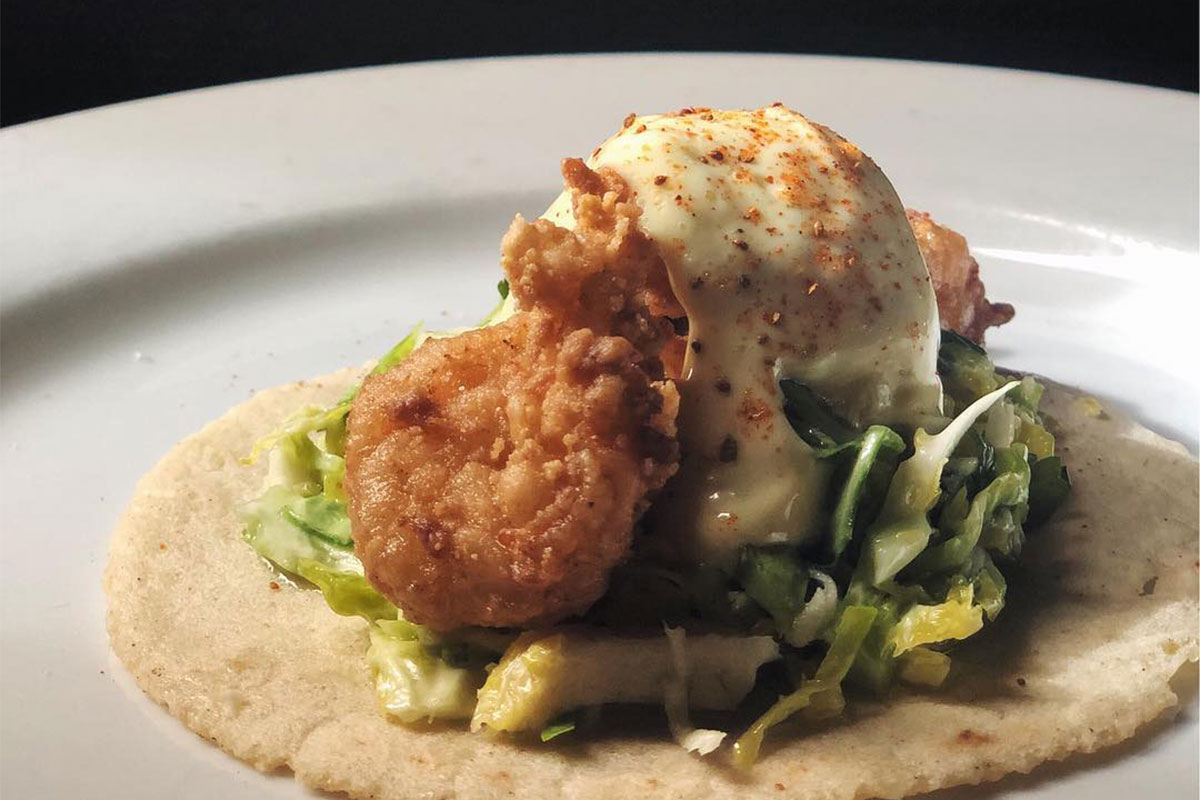 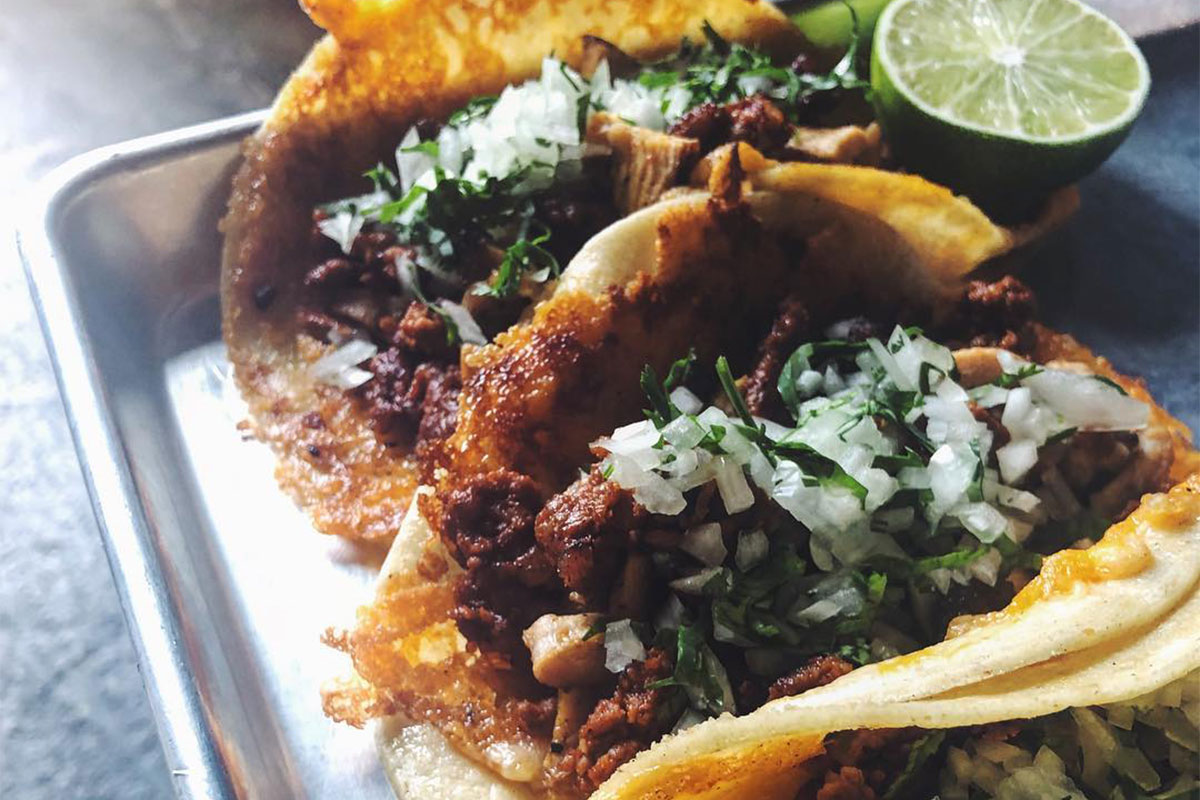 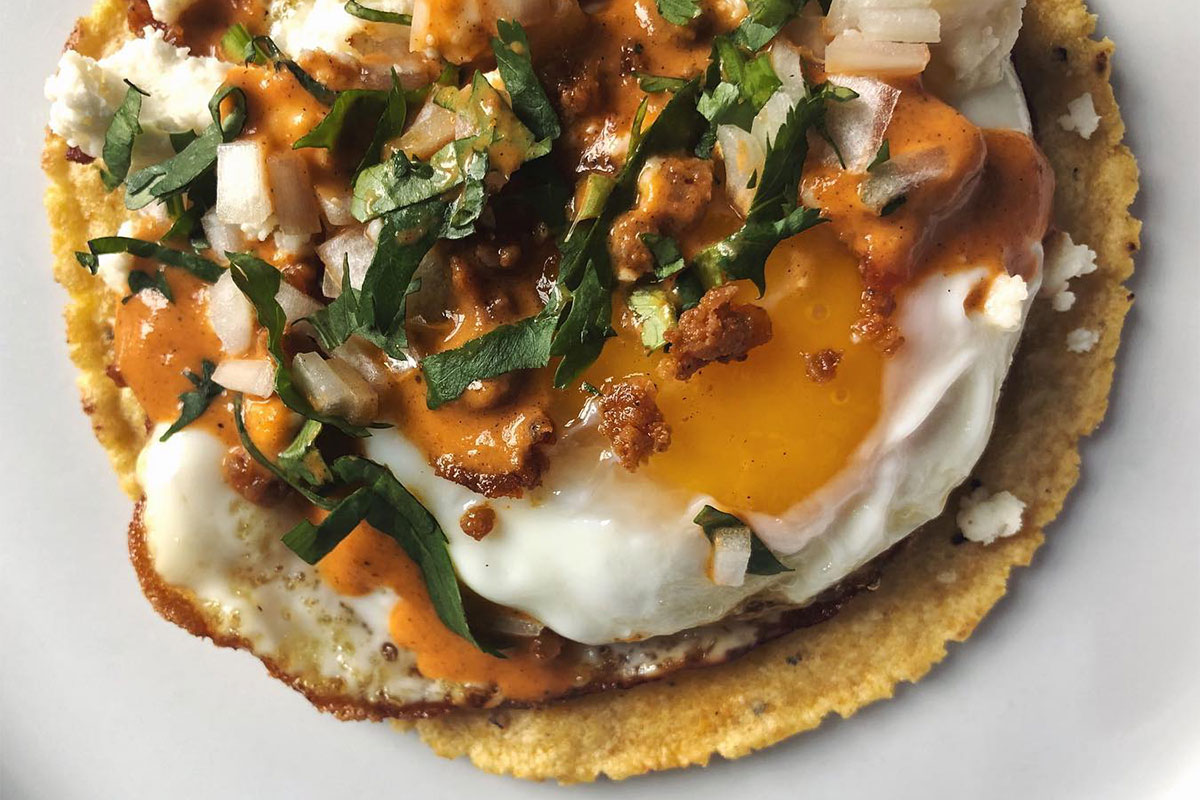 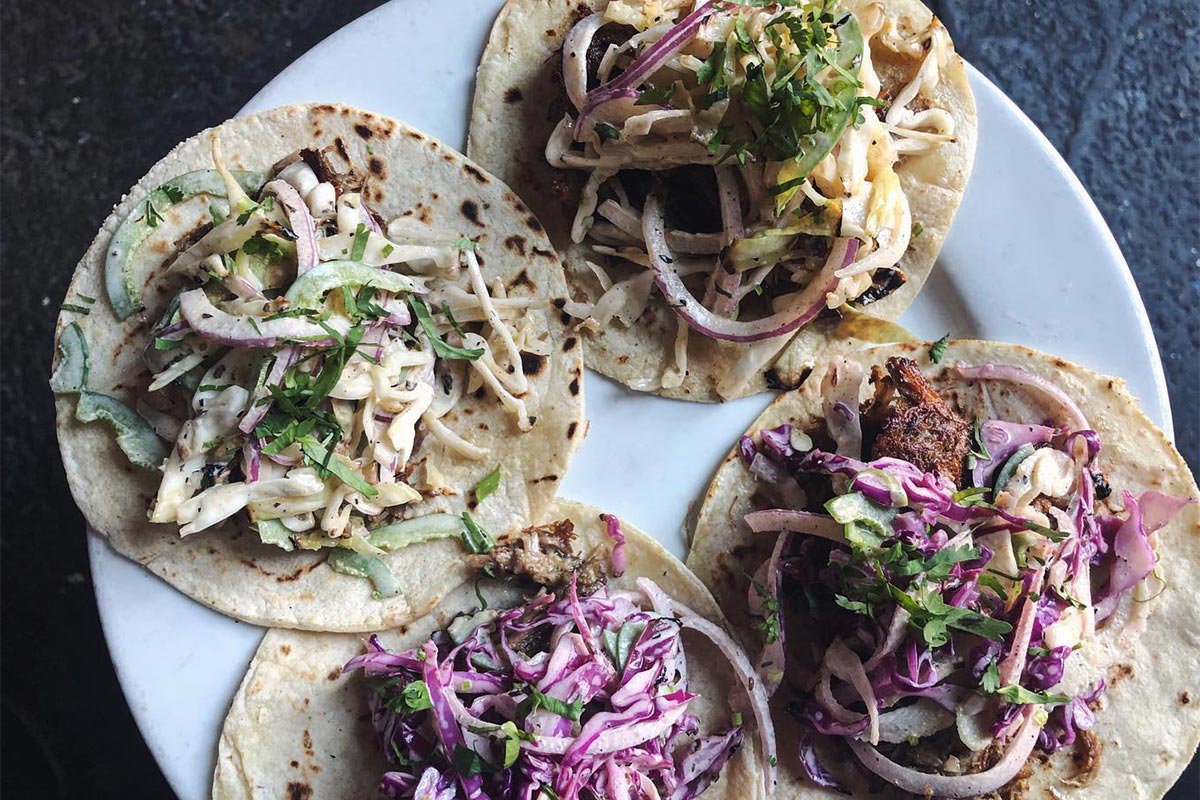 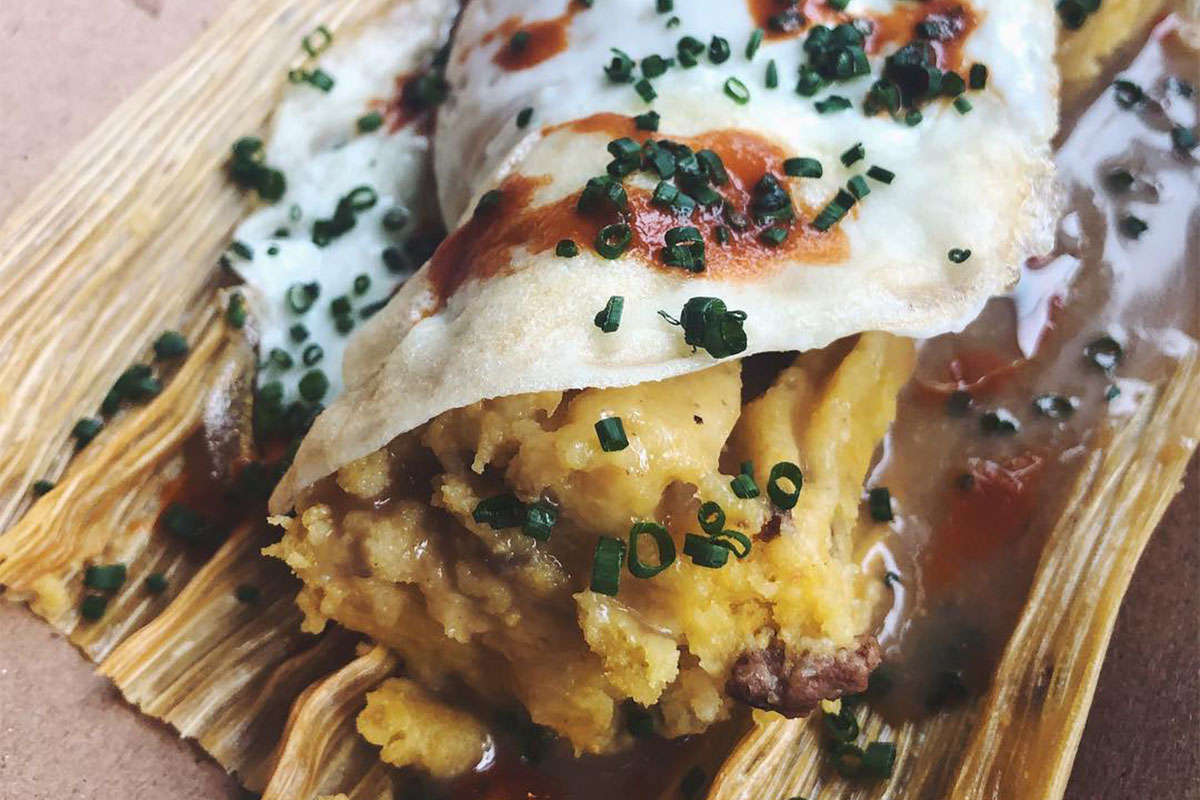 Visit us in Downtown Durham across from Central Park and the Farmer's Market. With 200+ seats and 10 concepts to choose from, we're sure to have something for everyone!

Don't be shy. Let us know if you have any questions!

Stay up to date on Hall happenings!